Woman became fertility. With her winds, she became the seed to the Earth she gave birth to. Woman stretched herself throughout the ocean, conjured islands from her ember bosom. Woman gave birth to human.

But humanity ended up turning against woman from which it came forth.

Gaia: Mother of Earth, the sky, and the seas. She gave birth to herself. Goddess of Titans and giants. Her name has been uttered by countless storytellers for millennia. She’s the epitome of goddesses. She’s the creator of the rock, the soil, and the wind.  Or so the Greek myths claim.

Parvati: Goddess of love and adoration. Those who persevere to succeed worship her, those who know life won’t flow without love bow before her. Most dear to the Hindus.

Tara: The Enlightened one. Goddess of health and peace. She’s worshipped by those who seek protection and abundance. A precious figure of Buddhism.

Yemaya: The owner of all living beings. The dearest goddess of the rivers and the ocean. Companion of the Yoruba people.

Lakȟótiyapi: The goddess of harmony on Earth, of wild animals and of rebirth. The holy woman. The holiness who explains how humans and animals share a common conception. Most valued by the Lakota people.

Tiamat: Chaos incarnate. The sea of infinity which creates. The one who created Earth from sea and freshwater. The glowing goddess of Babylon. The bringer of life.

Human is the one who tells their own story. Legends and creation myths are the mothers of the story of humanity. Creation myths explain how the planet was born.  How did Earth, the skies the seas and the winds came to be? When you take a look at myths throughout the world, you see that there are similar dominant themes despite all the cultural differences. Reading myths from other cultures brings you closer to humanity. It distances you from discrimination.

In most creation myths, first the Earth and then the sky is formed. Indian and Native American myths are based on more universal themes while Japanese and North African myths tend to be national.

In these myths, there are gods and demi-gods who introduce people to new sources of food, who encourage them to sail the seas and who save them from unescapable physical harm.

Most of those gods are female. And in all transitions from chaos to order, there’s at least one instrumental female goddess figure.

The world has worshipped women for a very long time. It enshrined the might, love, compassion, healing, resistance, and perseverance of women.

Creation myths are the story of humanity. They do not glorify one gender while vilifying the other. Humans have strived to play a harmonious role in their relationship with Earth for a long time. Up until they mistakenly started to believe that Earth belonged solely to them. Patriarchy- the epitome of our Anthropocentric conceptualization of culture- has turned humanity from a being living in harmony with Earth into something else. Nowadays, humans tend to worship power rather than woman, nature, mercy, and compassion.

Actually, it’s been a long time since humans began worshipping power. If any of the stories told within the borders of Russia, Turkey and Iran are true, the Amazons have existed for quite some time. They worshipped the same goddesses-but with different names.

Durga is the “Warrior Goddess” of Hinduism- which still has millions of followers today.

Hel. Just like the word hell. She’s the goddess of the underworld. She joined grand wars and fought for the existence of humanity. She’s one of the most revered goddesses of Norse mythology.

In short, war is not monopolized by men. Power is not a virtue only men can possess. I use the word virtue, but the power being talked about in myths is the weapon a hero wields to protect their land, their people, and humanity at large. It doesn’t have to signify a dominant imperative like it does in today’s world. The most powerful of heroes always seek virtue and philosophy in myths. They overcome various challenges in which their strengths and merits are put to test. It was only after countless millennia that woman was declared as a lesser creature than man.

The myth of the devil existed way before monotheism. There’s always an “evil” in myths. They’re usually heroes who are surrounded by arrogance, inferiority complex, revenge, and so on. They’re embodiments of humanity’s less developed and darker aspects. They are scarcely represented in myths and they’re not taken seriously. They’re bound to defeat-one way or the other. There isn’t a single “evil”- a “devil” who succeeds in their malicious endeavors. Gods and demigods are always there for humanity in their times of need.

Thus, begins the association of woman and evil. She’s branded as the creature who ran away from the Garden of Eden- the one who aided the devil itself. At the height of this misinterpretation, this association has led to women being buried alive. Societies who worshipped goddesses vehemently started ignoring girls; the aristocracy who would happily sacrifice their lives for their queen deprived women of their inheritance and raised them miserable and shackled them to marriage. Witches were burned at stakes. Women were downtrodden to the lowest cadres of society. This went on until woman was faced with more accusations than the “devil” she allegedly helped. Even where the devil was valued, woman was diminished to her genitals and her body. It is almost as if the real enemy was the “Woman”, *not the “Devil”.

Myths are eventually portrayed as stories that have got nothing to do with reality. The toxic-masculine patriarchal culture glorifies mythical characters as it sees fit while trying to brush others under the rug- especially female characters. Misogyny starts creating its own myths. And there are attempts to erase women from history piece by piece. Men went a long way to prevent women from being included in science, philosophy, and theology.

Despite their best efforts, woman still retains her bond with which is ancient. All men who walk on the path of civilization must face this misogynistic and forced mythology first and foremost.

I believe that it is only when the Earth makes peace with woman that fertility and joy will return to us.

The Yoruba People took Yemaya to the land where they were enslaved.

You can’t even dare to disrespect Durga.

Even in the darkest of ages awareness, education, and gender equality has shone a light to the path of civilization. For ourselves and for our children; for a loving, caring, and compassionate future.

I went through many old books this week. I had a chance to revisit works on women, gender issues, politics, and the history of Women’s struggle. I wrote some titles below. I strongly encourage you to read them.

Merlin Stone- When God Was a Woman 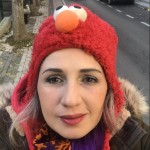